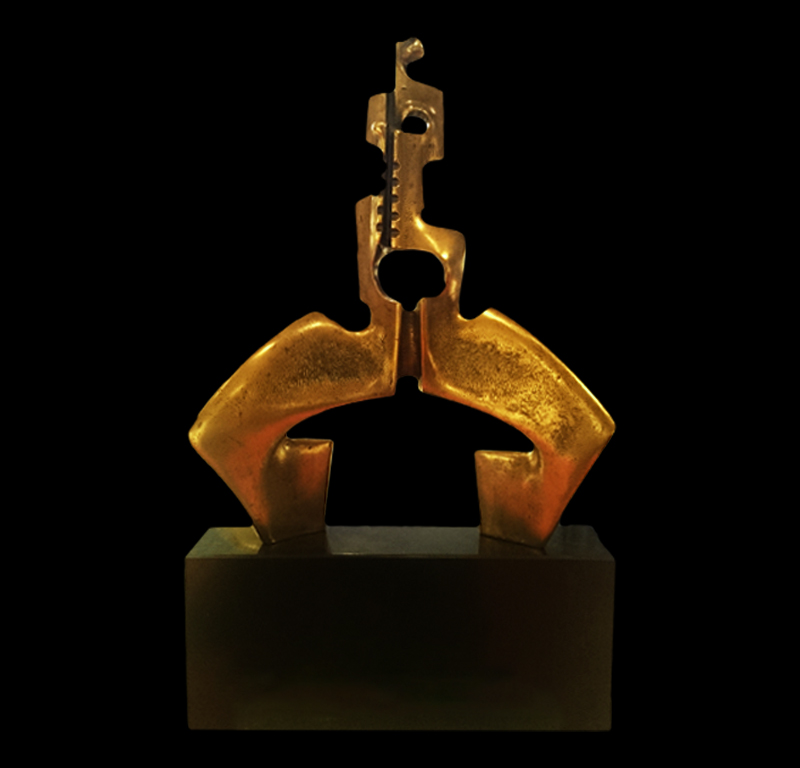 After his studies he worked as an apprentice to, inter alia, Marino Marini in Rome. In 1967 he moved to Bruges, to settle permanently in Belgium then. From 1969 he lived and worked in Bornem. Henri Lannoye chosen deliberately for the bronze. It is for him a challenge to master these tough matter to the smallest detail, in which chance is excluded. A frequently recurring theme in his sculptures is the symbiosis between man and technology. Thus, the human figures he designs machines and take the machines he invents anthropomorphic forms. Curbing of this dizzying technological development fascinates him to the frightening increasing.