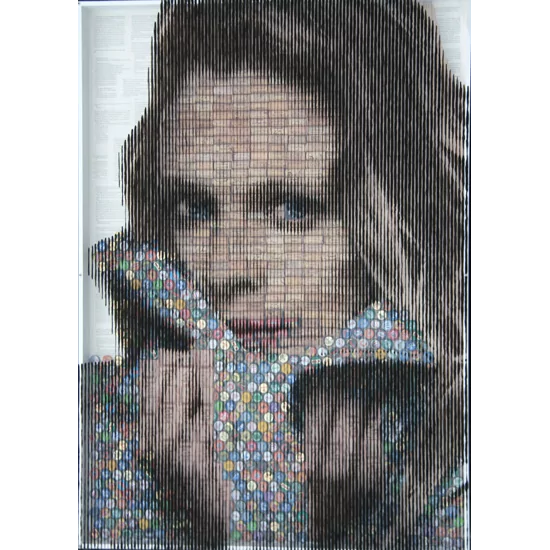 Beyel was born in Mönchengladbach, Germany and grew up in the South of Limburg (the Netherlands). She studied law and after a professional career in human resources she developed into an autodidact artist.

It was in 2003 that Beyel decided to pursue her true passion and commenced working as a contemporary artist, initially using acrylic and oil paint. Her interest in photography is visible in her paintings and remains an important source of inspiration in all her work. Beyel moved on from working with oil and acrylic paint, and developed to a mixture of painting, found art and multimedia. It’s with this style and form of a 4D technique that she became successful. In 2011 she was introduced at the TEFAF 2012 also the PAN by Frans Jacobs Fine Art.

As an artist Beyel is a realist, but even more an esthete. Main topics in her work are often women and their personal dilemma’s in life. The works she creates leave strong dimensions by exploiting portraits, situations and storylines through the use of powerful 4D techniques of imaging and time.