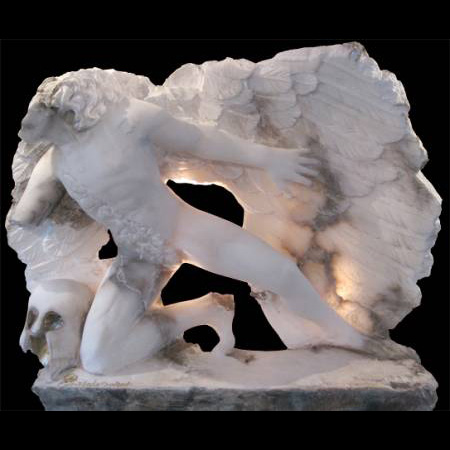 Over the years, Gerti Bierenbroodspot become one of the best known, most popular and most versatile artists of the Netherlands. Her idol is Leonardo Da Vinci, l’uomo universale, the universal man. Bierenbroodspot paints, sculpts, bronze casting, designing tapestries, ceramics and stained glass. Gerrit Komrij took a short poem of her in his standard work on the Dutch poetry. Apart from poems she writes a wonderful, almost lyrical prose. It plans ever to compose an opera, the libretto texts are already there. Bierenbroodspot’s central theme is the labyrinth of the times in which we wander. In its very essence it destroys a follower of the god Shiva, who has been dancing since the creation can only come as the new.